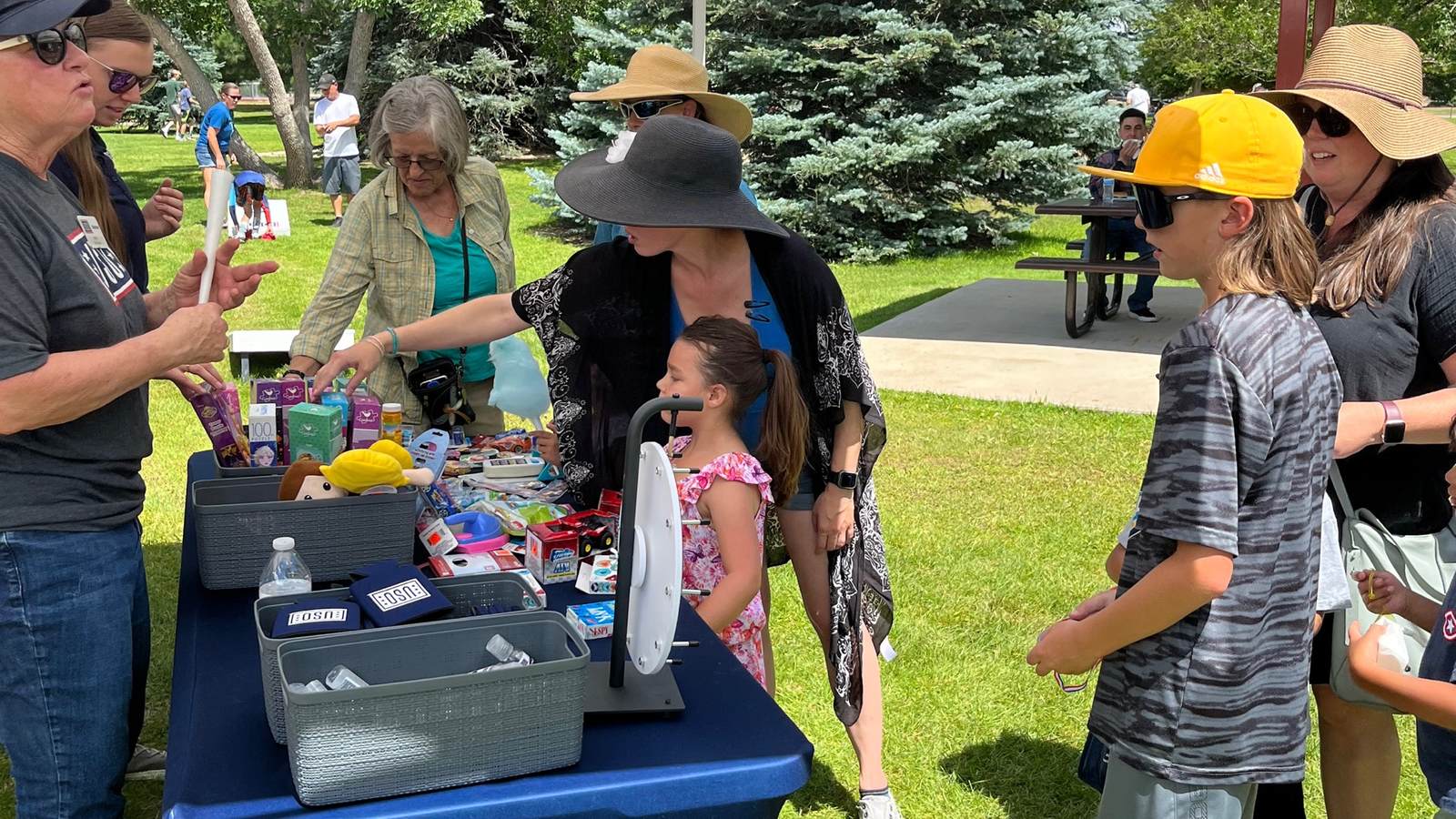 USO Colorado and the Colorado Sprinter partnered to support the 302nd Airlift Wing Reserve Group Family Day, on Peterson SFB in Colorado Springs, celebrating their anniversary of joining the Space Force! We were kid focused for this event hosting a sidewalk chalk drawing contest, water bomb fights and an interactive activity prize wheel. Kids and parents alike joined in to complete the challenge to earn prizes. We asked the kids to spin the wheel that had them do sit ups, burpees, jumping jacks, high fives and our favorite -star jumps. They had to jump in the air with there arms out and legs out to the sides and say, ‘I’m a star!’ Once they completed the task they landed on, they could pick a prize to take home. Multiple times water bomb wars broke out between kids and their parents- creating memories and filling the air with happy shrieks and laughter. USO Colorado was happy to support our hard-working Space Force Reserve families on a beautiful and sunny Colorado day!